The Fundamental Differences Between the Black Pan... 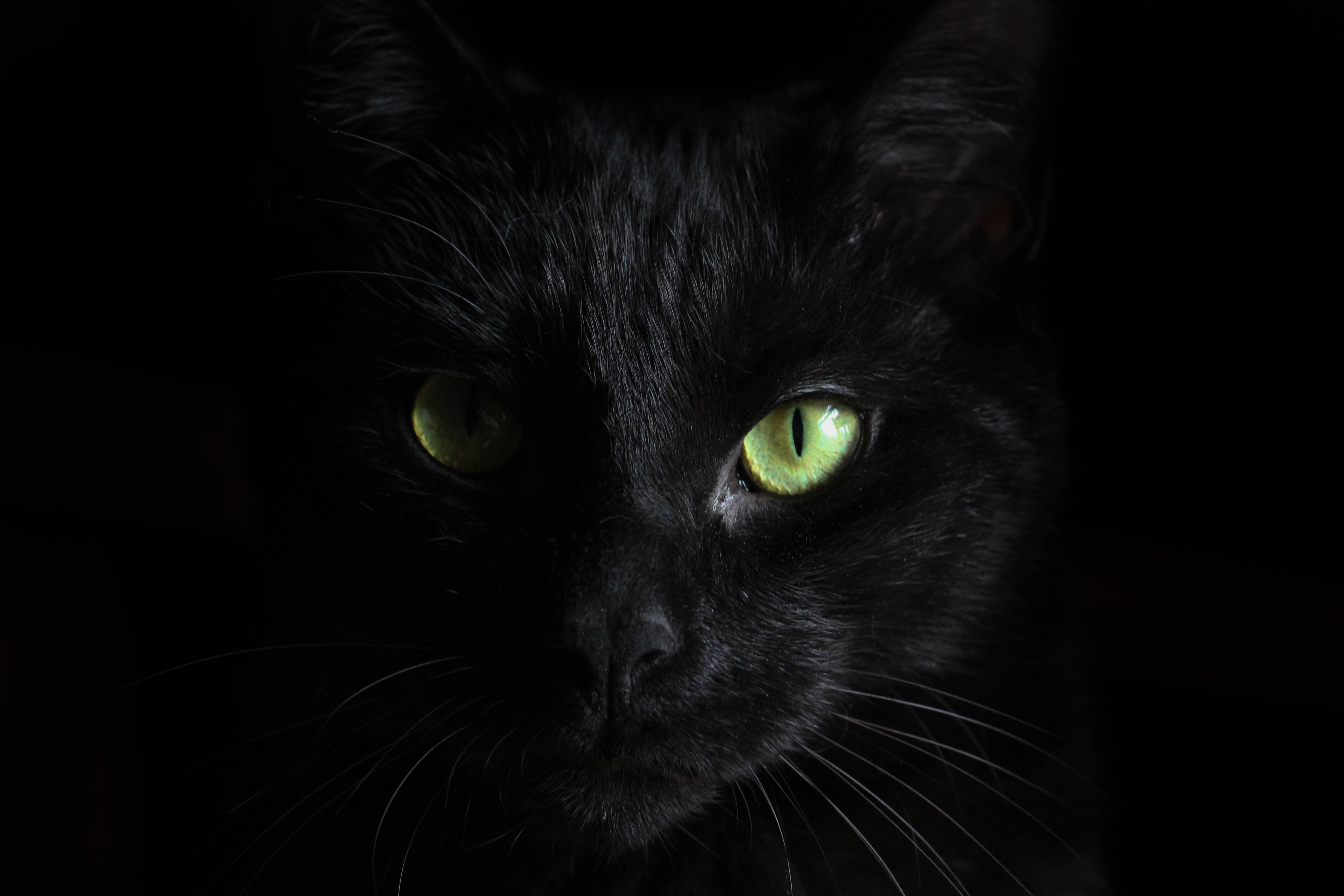 The Black Panther Movement, otherwise known as the Black Panther Party for Self Defense and the Black Lives Matter Movement were formed about 50 years apart, but both were conceived to campaign against police brutality against the black community in the United States. The Black Panther Party was created in San Francisco in 1966 after police shot an unarmed 16-year-old boy known as Matthew Johnson while Black Lives Matter was conceived in 2013 after George Zimmerman was declared not guilty of the murder of Trayvon Martin, a 17-year-old who was unarmed at the time of his cruel death. The commonalities between the two movements are striking in comparison to the civil rights movement of the 20th century when African-American individuals protested politely and defensively against legal segregation. Nonetheless, there are clear fundamental differences between the two movements. The disparities between the Black Panther Movement and the Black Live Matter Movement are discussed in this paper to better understand each of them better and their significance in the society.

The comparison between the Black Panther party of the 1960s and ‘70s to today’s Black Lives Matter Movement is likely to reveal more parallels than differences. Before delving into their differences, it’s important to understand each of these movements first;

BPP was formed in Oakland California in October 1966 as a revolutionary party for African Americans. The founders of the party were Bobby Seale and Huey Newton. The original purpose of the Party was to patrol African American neighborhoods in a bid to protect their ilk from incidences of police brutality exercised by the United States government at that time. The Panthers later became a Marxist revolutionary group that influenced all African Americans to take up arms, called for unconditional release of all African Americans from prisons and jail, campaigned for compensation of the blacks for hundreds of years of exploitation by the whites, and exemption of the blacks from all sanction of what was known as white America (Duncan, 2018).

Other than militant self-defense of the minority groups, the Panthers strived to create revolutionary socialism through community-based programs and mass organizing. Most importantly, the Black Panther Party fought for their agenda of revolutionarily establishing real social, economic, and political equality across all races and genders. For that, it’s recognized as one of the first organizations in American history to fight for working class and ethnic minority emancipation. The Panthers were active in several major American cities since inception in 1966 to dissolution in 1982. Few international chapters operated in the early 1970’s in Algeria and the United Kingdom.

BLM is a global activist movement that was started by the African American community in 2013 to thwart systematic racism and violence against African Americans. The movement began as a social media campaign under the hashtag #BlackLivesMatter after George Zimmerman, (who was accused of shooting a black teen) was acquitted. The campaign, which was started by Opal Tometi, Alicia Garza, and Patrisse Cullors. Between 2014 and 2016, BLM had expanded to become a national network of over 30 local chapters. Besides that, the overall movement is still a decentralized network without a formal hierarchy.

BLM became recognized countrywide in 2014 after the killing of two black people; Eric Garner in New York City and Michael Brown in Ferguson. Both deaths sparked unrest in these cities. Since then, Black Lives Matter participants have demonstrated against the deaths of other Black people while in the hands of the police. The movement holds protests regularly to condemn the killings of black people, among other vital issues including; police brutality, racial inequality, and racial profiling in the American criminal justice system.

Differences Between the Two Movements

The two movements have more similarities than disparities especially because both advocated for the emancipation of the Blacks from oppression by the police. However, few fundamental differences exist as outline below;

Unlike the Black Lives Matter movement which is just a social movement to advocate for the rights of the African Americans, the theoretical foundations of the Black Panther party are deeply rooted in the practices of Malcolm X and can be liked to several ideologies including the following;

The Panthers were inspired by Malcolm X because he not only appeared to them as a militant revolutionary with self-respect and dignity to stand up and fight for all oppressed minorities to gain equality but also a unique role model who strived to create positive social services. The Black Panthers joined forces with various minority and white revolutionary organizations thus abiding by Malcolm’s belief of international working-class unity regardless of gender or color. They also took social services to the community to greater heights. From the tenets of Marxism, the Panthers galvanized workers to take over the means of production by force, embraced the theory of dialectical materialism, and dealt with the capitalist economic system accordingly. While from the dogmas of Maoism, the Panthers worked to establish a united front and set the role of their party as the pillar of the revolution.

The programs of these two movements may look similar especially since in some way both strived to get more of their ilk elected into office. BPP often considered itself as a political party with an agenda to get as many African Americans as possible elected into office while BLM members also participated in the 2016 presidential elections. Nonetheless, their programs are different.

First, the founders of BPP; Seale and Newton implemented Marxist ideas in their party platform and used a Ten-Point program to highlight the political objectives and philosophical views of the organization. The points were as follows;

•    Exemption of Black men from the military service

•    An abrupt end to police brutality and murder of African Americans

•    Need for peace, bread, clothing, and justice for Black people

•    Freedom and power for the Blacks to determine their destiny

•    End to theft by the Capitalists of the Black Community

•    Proper education for their Blacks and their history

•    Freedom for all Africans Americans held in all jails and prisons

Despite being portrayed as a gang even by the FBI, the BPP was only a section of the larger Black Power Movement whose main agenda was to unify civil rights and emphasize community control as well as black pride. The Black Panthers began various community social programs such as free health clinics and breakfast programs in 13 Black Community schools throughout the United States. The breakfast program was started in deprived communities to nurture black kids because studies indicated that pupils who had poor breakfast in the morning were less attentive at school, suffered from fatigue, and would generally perform poorly. The Panthers dedicated 2 hours each morning to prepare breakfast for the kids in poor neighborhoods which translated to 20,000 meals per week. The program would become one of the movement’s most successful programs of the 35 survival programs they had (Andrews, 2016).

The Black Lives Movement, on the other hand, aims at fostering local power and intervening in violence targeted on Black Communities by the vigilantes and the state. The organization only calls for the liberation of all Black lives especially through social media campaigns and occasional demonstrations but is yet to unleash its community-based programs.

Differences in the agenda of inclusivity

The Black Lives Matter Movement in some way can claim to be a revolutionized Black Panther movement when it comes to inclusivity of various marginalized groups. While the Black Panthers were solely focused on the liberation of African Americans, the Black Lives Matter movement considers itself expansive and accommodates as many people as possible along its way to ‘win.’ The organization seeks to transcend the narrow nationalism that is common in Black communities to create a forum that takes everyone to the frontline. The network targets individuals who have been marginalized within Black Liberation movements including advocating for the lives of black people who are on the gender spectrum, queer, disabled, transgender folks, undocumented folks, women, and those with records. BLM members are considered as liberators who believe in a spacious and inclusive movement (Black Lives Matter, 2018)

One of the major goals of forming The Black Panther Party was to protect African Americans against police brutality. Few months after formation of the party, the Blacks in Richmond, California wanted protection from the ruthless police who had killed an unarmed 22-year-old black youth in April 1967. The BPP intervened and called for African Americans to take up arms as a defensive mechanism. The ideals of the movement resonated with a good number of community members who brought their guns to rallies. A month later, 26 armed Panthers led by Seale went to Sacramento to protest the “Mulford Act.” The bill was to be discussed by the California State Assembly and would involve outlawing the public carrying of loaded guns. The Panthers entered the assembly with their weapons, something that would highly publicize the group in what is now known as the protest at the statehouse in history books.

The Black Lives Matter movement does not feature weapons or militant self-defense despite the fact that the movement also fights oppression from the police against Black civilians. The organization started as a mere online campaign in February 2013. It was not until a year and a half later that the group organized their first protest in person after another African American was shot dead in Ferguson, Missouri. Despite the riots, the protestors were not armed. The protest emerged as properly organized, and the BLM became more visible and recognized throughout the nation as an emerging movement. Since then, the organization has organized numerous demonstrations and protests and has expanded beyond street protests to activism in United States college campuses, including the 2015 – 2016 University of Missouri protests. The Black Lives matter doesn’t engage in militant tactics but uses alternatives such as online activism, boycotts, hunger strikes, peaceful demonstrations, and visual tactics including theatrical die-ins to pass their message across (The Conversation, 2015).