Areas of Concern for Police Administration | My Paper Hub

Areas of Concern for Police Administration


Police Oversight and Social Media ~Police administrators in the contemporary society are faced with many problems. Some of these are the day to day challenges that most civilians can also identify with. Concerns for police administrators or law enf...Read More 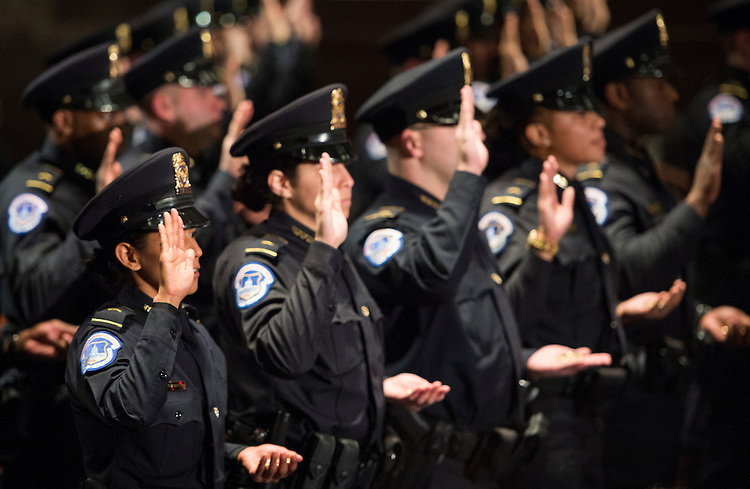 The Justice department among other federal agencies has been primarily involved in local police matters in recent years. Such moves are greatly attributed to political pressure or a history of sheriff or police department failures across the country. The trend should be looked into regardless of what the causes of oversight are purported to be. A lot can be learned from available consent decrees, monitors, published reports, and documents involving federal agencies. It’s essential to fully understand the federal process and establish the factors leading to oversight. A brief look at an article written by Candice Norwood in The Atlantic gives more insights about oversight.

In the article, Norwood clearly states her intention that California is a perfect case study for police misconduct as captured by her headline. She kicks off by asking if the state should compensate if the attorney general absconds his oversight authority in which he’s expected to monitor and intervene in local departments. The question is rhetorical. Norwood then goes on to state that the policing in California played a vital role in the development of federal oversight of local police administrators more than two decades ago. This was about the policies put in place after the infamous beating of Rodney King in 1991 that led to the costliest civil unrest in the history of the United States. The riots prompted the then Congress to maximize the authority of the attorney general and allow him to monitor police departments. The author is concerned that the new Justice Department is opposed to that power and is worried that California police departments may slide back to their old habits. She also elaborates examples of cases where previous presidents like Bill Clinton and Barrack Obama implemented policies that embraced the oversight authority and regulated police officers over unconstitutional conduct. Unfortunately, the current president, Mr. Trump and his Attorney General, Mr. Sessions do not want to uphold the policies citing they hinder the morale of police officers (Norwood, 2017).

Although the attorney general and the president may have a point in saying oversights have a negative impact on police administrators, they seem more like they are interested in protecting the police more than they should protect the public. What happened in the summer of 2014 in Ferguson, Missouri when a police officer killed Michael Brown could be commonplace. The shooting shocked millions of people and led to protests since civilians were infuriated by the militaristic response of the local police and their brutality (Serwer, 2017). Mr. Trump and Mr. Session should, in fact, take the matter seriously and implement the policies in all states to protect civilians and ensure that police administrators do not abuse their authority. Police reform advocates are currently debating over policy in which the attorney general will be granted powers to monitor, investigate, and order for structural changes in troubled departments in a similar way the federal Justice Department. Such adjustments may include bias training or making amendments to the way a department uses force. The proposal has its roots in California, the only state that authorizes the attorney general to get involved in this kind of way.

Social media and smartphones are arguably the biggest things of the current generation. The usage of tablets and smartphones is reported to have grown by 20 percent as per the Internet Trend 2014 (IACP, 2014). The data means more people are inclined to using the internet to access any information they want particularly via social media. Unfortunately, some people have decided to use social media for the wrong reasons. In the modern world, police cases are now tried on social media in the court of public opinion. The most popular catchphrase is “officer caught on video…” which usually implies that the police officer was busted for doing something wrong. Complainants are now using social media to publicize cases as much as they can in a bid to bias the jury. Police administrators have been compelled to take to social media and defend the actions of officers being victimized. However, the move seems like a double-edged sword since maintaining silence on the next incidence will drive the public to believe there’s something nefarious being hidden. There are also incidences where criminals or activists and hacktivists take to social media to expose police cases or persons under investigation. One incidence where hacktivists got into the way of police is well described in a Global News article by Aldis Brennan.

In the article, the Anonymous “hacktivist” group issues an ultimatum to the Nova Scotia police to reopen a particular case (Rehtaeh Parsons), or they would expose four boys whom they believed had committed the crime. They later recanted their threat after they were humbly requested to by the Parsons family. The vice president of Social Media for Vision Critical, Mr. Alexandra Samuel, a social media expert in the article is torn whether to agree with the actions of the hacktivists or disagree with the practice. He says identifying and shaming criminal offenders via social media may have its place since it’s vigilante like but it’s equally a crime at the same time. He further states that such an expose also puts the criminal justice system in the spotlight and terms such skills as ones that would bring about policy issues on the “miscarriage of justice” (Brennan, 2013).

Such an instance brings out to the public the notion that the criminal justice system has limitations and is bound to fail in its pursuits. Social media can easily interfere with a police investigation in the current society. While the anonymous group may have threatened to expose the perpetrators of the crime, this would as well be an alert for them to scamper away for safety. The police may have had the confidential information that the group brought to light and therefore make it even hard for them to pursue the criminals. Nonetheless, a Toronto lawyer by the name Lorne Honickman in the article suggests that social media can be utilized responsibly to assist policing. Police administrators should come up with policies that will ensure social media users do not interfere with their investigations and render the act as a felony, punishable by law. Police administrators should also embrace social media, but should not be over-zealous in its use. To make things simple, they should come up with a sound and reasonable social media policy that they should stick to regardless of anything.