How to Manage Cultural Diversity in the Work Place


Cultural Diversity in work Environments.        They are many cultures in the world most of which are determined by region or continent of origin. Culture is important as it...Read More 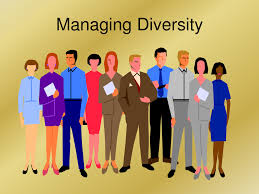 They are many cultures in the world most of which are determined by region or continent of origin. Culture is important as it defines a person personality and they values in life. Culture determines every aspect of a person from their eating habits to how they conform to life. It acts like a mirror where one reflects on their background and to what one stands for. They are so many diverse cultures in the world some of which may be perceived as primitive and past time. Culture at the work place for global companies such as Google which have a very diverse workforce. People with different nationalities, race and religion will definitely have different cultures. (Marcus, L. S., 2016).  In a work environment this will create a dilemma where you have people with diverse cultures for instance, Muslims have different customs and the normal food provided in the cafeteria would not conform to the some eating habits and food provided.

The western and Islamic cultures will be discussed since both are very diverse but also very different. Islamic culture requires that the Islamic women cover dress in a manner that conceals their bodies. This can be a dilemma in company that requires all the employees dress in an official manner. Also the Islamic culture has different eating habits where there have restrictions towards consuming some delicacies. For instance Muslims don’t eat pork which is quite popular on lunch menus in the western world. The Problem here is how do the two cultures in a work environment conform to each other’s culture and still maintain a conducive work environment. (Conry‐Murray, C., & Shaw, L. A, 2016). Muslims will conduct prayers several times a day which might interfere with the normal work schedule. Also the staff cafeteria may not have not more than five different foods included in the menu. Employees from the western culture will consume all most all foods as their culture does not put restrictions on their eating habits. For a muslim employee who will require a specific diet, this will result in longer queues during lunch breaks as the two cultures have to be accommodated in the same work environment. The other issue is how the supervisor effects some changes in the current work environment without affecting productivity or shrinking the company’s profits.

The cultural values and practices in this two cultures are diverse. First are religious practices as per the Islamic culture a Muslim should conduct their prayers several times a day. Since they culture requires that they abide this can create problems at work where employees are required to take short breaks at specified times or at times during busy days no breaks at all. Prayers can take about fifteen minutes to be conducted but since they are done several times in a day which can result in about an hour lost from the company’s time.  ( Conry‐Murray, C., & Shaw, L. A, 2016). Also Muslims value their culture and will abide to their culture in every way they can. Also Muslims have a specified requirements in their meals. What if the current menu and kitchen staff can’t meet this specification? Will making adjustments to the current cafeteria food satisfy all the employees or would it result in dissatisfaction of some.

I would propose that both employees understand each other’s cultures and practices and try accommodate their culture. The employees can achieve this by being open minded and view diversity a good thing for them as it gives an edge, when they interact together as compared to other employees who work with people from the same culture as them. ( Conry‐Murray, C., & Shaw, L. A, 2016).  Also the two employees should try and learn about each other’s culture as this would open their mind and view things from each other’s perspective.

In conclusion culture is diverse but also the diversity if embraced helps foster a work environment that’s hospitable to every employee hence the particular company would prosper and grow its market size. Employees are a company’s most valued assets and a corporation that aspires to grow should invest in its employees. Culture no matter how diverse should not stop one from thriving in their work place My viewpoint on culture is that there is always a way that the supervisor and employees can create a leeway to accommodate all staff  working for a particular issue.