I don’t know why professors complain about teaching English 101/102. Just let those students have some freedom, build their confidence, and support them. They're so wonderful once you let them know you care and let them have fun with assignments. I do, however, understand why people complain about teaching middle school. I have only been doing this for three and a half months, but it feels like it's been 30 years. ~Brynne Seabrooke.

Well, this article will try to demystify the English 101/102 academic writing process!

1.    Ensure that you are brief and to-the-point

It is advisable to be brief or acutely concise in formal English 101/102 academic writing since this helps the reader to understand the various points which you will make.

You should only include one idea per sentence and avoid piling up several ideas together, which can confuse the reader.

Also, make sure that you maintain a reasonable length when you are writing your sentences. A moderate length cannot exceed 25 words. Long sentences can pose difficulties to the reader and hence making the main point to be lost in the process.

2.    Ensure that you have used formal language

Quiz: Which sentence is more appropriate for academic English?

a)    It might be tricky for you to spot the answer.

b)    It may be challenging to identify the solution. (The Correct Answer)

Avoiding the use of slang terms such as by the skin, bail, feeling blue, the cold shoulder, and couch potato, among many others, the list is endless, and you know most of them also.

Avoid shortening words and using them in short form to come up with sentences. For example, do not write 'don’t,' 'won’t,' instead write 'do not' and 'will not' respectively.

In English 101/102 academic writing, the use of clichés is not advocated for. Phrases such as ‘as brave as a lion,’ lost track of time, lasted an eternity and as old as the hills, among many other examples.

Try as much as possible to avoid using non-sensitive language and make sure you create an objective, confident voice, and use the third person always.

Since it’s perceived as impersonal and more objective, the passive voice is most commonly used in English 101/102 academic writing. Check with your language department to confirm whether there is a specific guideline on whether to use passive or active voice since most verbs can either be used in an active form or inactive form as well.

The active voice: It is quite direct and much straight-forward to read when compared to the passive voice. Note that when using the active voice, the subject is always in charge of the action, which is relevant at that time. For example, The teacher issued the foolscaps’-In this sentence, the teacher (the subject) issued (the verb) the foolscaps’ (the object). In this example, it's quite clear to know who is performing a particular action and at times you might need to emphasize whatever is taking place rather than whoever is doing it and you need to use the passive voice to accomplish this

The passive voice: It is quite formal as compared to the active voice, but since it's not commonly used in speech, it can be more complicated and also not easy to read. In the case of using the passive voice, the subject is unattended until the end, or you can ignore it completely.

It is advised to use both the passive and active forms of writing in English 101/102 academic writing and to make sure that you check with your language department to make sure which style of writing should be used where and when.

4.    Ensure that you have used language to strike a balance in your writing

When writing English assignments and other essays that you have been assigned, it is proper not to present facts as just facts bit you should use language to prove how confident you are when basing an argument for your discussion to have meaning and be relevant to the reader. Hedges or boosters are used to enhance language in this perspective that we have just discussed above.

If your statement is a mere fact which you can’t prove, then avoid using words which show that you are basing your writing on facts, for example, the use of ‘definitely,’ or ‘this proves.’ Instead, employ the use of hedges that can serve the same purpose but in an acceptable way. Examples of hedges include, somewhat, usually, some possible explanation to, and there is a possibility that.

An example in a sentence:

•    The floods were probably caused by global warming

•    The floods could have been caused by global warming

A booster is used when you have an intention to express confidence in your piece of writing, and by this, you can use words which are considered to be boosters such as clearly, there is a strong relation, results do indicate. Taking examples which we used earlier on:

•    New research suggests that global warming may contribute to the effect of floods. There is a direct relationship between global warming, climate change, and coastal floods.

In the first example, the writer has made use of the hedge ‘suggested’ and ‘may contribute’ to show that there is evidence linking floods to global warming this may not be accurately true and it's open for debate or being proven false in future.

In the second example, the writer employs a language that sets room for doubt and debate, but the writer makes it clear that he or she is confident with the subject at hand based on research.

It’s proper in English 101/102 academic writing to employ the correct usage of tenses in your work. You will be able to use different tenses throughout your written work and depending on the context. Some of the guidelines for correct tense use include:

•    If an action started in the past and is still going on at the moment, make sure that you use the present perfect continuous tense

•    If a sentence contains a command or an order, you should use simple present tense to enforce a subjective mood.

1.    Ensure that you are brief and to-the-point

2.    Ensure that you have used formal language

3.    Actively distinguish between the usage of active and passive voice

4.    Ensure that you have used language to strike a balance in your writing

What to do when you have an English 101 class and you can’t understand the assignments:

After having analyzed the topic, most students tend to go directly to finding massive volumes to read as far as the subject is concerned. This research gives them the confidence to work on the writing assignment they have; otherwise, they have zero confidence in planning out their answers. That approach can be misleading since some students tend to make so many notes in the process of reading and end up with a heap of notes which can be confusing if at all you’re only seeking answers which are straightforward yet you have like ten pages of notes to once again go through.

A piece of advice: It’s more convenient to read the topic first and understand it perfectly so that once you start reading, you can learn what concerns the topic: by this we mean that; your whole reading process will be much productive if you manage to grasp what the topic is all about and what information you are supposed to be reading. With this kind of approach, you will manage to have a rough idea of what shape your essay will take a right from the beginning, and also you will manage to plan your reading to revolve around issues that matter.

A typical essay assignment for English 101 contains variant information, and the information is located in different parts of the essay, including the short essays which perform various operations like argument introduction, data analysis, and counterargument introduction and finally concluding. The introduction has a fixed place which all of us are aware of, and also the conclusion part, which is located at the very end. Other sections are not, however, fixed: for example, a counter-argument can appear literary anywhere in the essay. Background, historical information often appears at the beginning of the essay in-between the first analytical section and the introduction – this section can also appear near the beginning of the specific section to which it’s quite applicable.

It is quite essential to put into consideration the various parts of an essay as answering a series of questions your reader might ask while going through your thesis.

Here are the sample questions:

•    [What] – The first question the reader can ask is ‘What' To answer this question, you ought to write a lot since this is more of evidence-based; you have to show that whatever you are saying is true. However, it should exceed 1/3rd of your entire essay to avoid the essay lacking balance.

•    [How] – The reader might be interested to know if the thesis claims are accurate in all cases as written or displayed in writing, and the question here is “how.” How does the thesis challenge the counter-argument? How does the introduction of new evidence and material, a different set of sources, and how do they affect the claims being made in your essay? The ENG 101, 102 essays should include at least one section detailing “how,” and this is where you answer all the questions that the reader may raise. Make sure that the “what” part is above the “how” section.

•    [Why] - This question answers what is at stake with your claim. Why does your interpretation of a real phenomenon matter to anyone else apart from you? This question does address the more significant implications of your thesis since it allows your readers to understand your essay from a broader perspective. Answering this question makes your essay assignment for English 101 to explain its importance and relevance. Make sure to include this section as you’re concluding on your essay, and this helps readers to grasp the full meaning of your essay.

FIND ME A PRO WRITER ▸

Ready to dominate your grades?

Our team of writers (and all-around awesome people) are ready to begin the writing process conversation for your writing project.

Don’t wait until it’s too late to start making the grades. 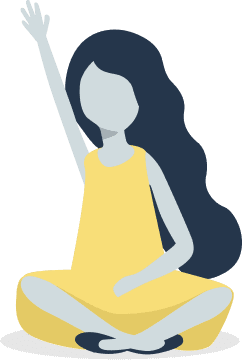